Takeaway coffee is the epitome of cool – it shouldn’t be

It’s not just the straws or plastic bags. One of the worst offenders when it comes to plastic is the single use, disposable coffee cup due to its plastic lining.

The humble coffee cup has become one of the defining objects of modern Australia: It tells people, “I’m busy and don’t have time to stop” and is carried like a badge of honour.

Despite the campaign by responsiblecafes.org, which enlists cafes to give people a discount for bringing their own cup, the keep-cup revolution still has a way to go. I still see disposable coffee cups everywhere – on billboards, in advertising, on TV and spilling out of rubbish bins and discarded on the street.

It shocks most people when I tell them they can’t be recycled. Most have a plastic waterproof lining that’ll outlive us. These coffee cups are the second biggest source of landfill in Australia – more than a billion a year.

If people were more aware, I’m sure they’d think twice and bring their own cup.

Two years ago, I floated an idea at TEDx Sydney Fast Ideas: clear warnings on all disposable coffee cups, informing Australians that they cannot be recycled.

These warnings could work just like those on cigarette packets. They can inform of the damage and danger. They can transform an object once perceived as “cool” into something people are slightly embarrassed about carrying. And such a warning should be a mandatory condition of sale.

Australians seem to like the idea – 30,000 of them have supported a petition on change.org calling for a warning on cups.

I’ll now give those 30,000 people actions. I’m going to start by targeting the corporate chains who sell coffee. McDonald’s, Starbucks, Gloria Jeans, Hudsons Coffee, Seven Eleven: prepare to be contacted by thousands of Australians who want to see this as part of your corporate social responsibility policy.

Then I’m going to direct my army of supporters to the coffee chains. Vittoria, Di Bella, Toby’s Estate – you’re part of the problem, and I want you to be part of the solution, with coffee cup warnings.

I even plan to take this all the way up to Environment Minister Josh Frydenberg. It’s surely an easy win for him to get behind.

I’m just an everyday Sydney woman on a mission. We need to use people power on government and corporations. I’m doing my bit and you can too.

That way, our morning flat whites will start tasting that much sweeter. 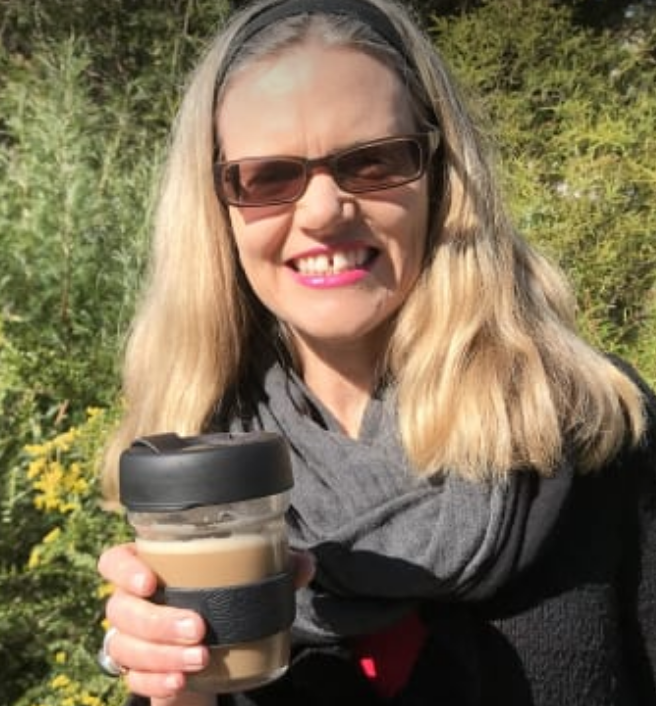 Anna Warren works for local government and is a campaigner.