Losing The War On Waste. Single Use Fights Back 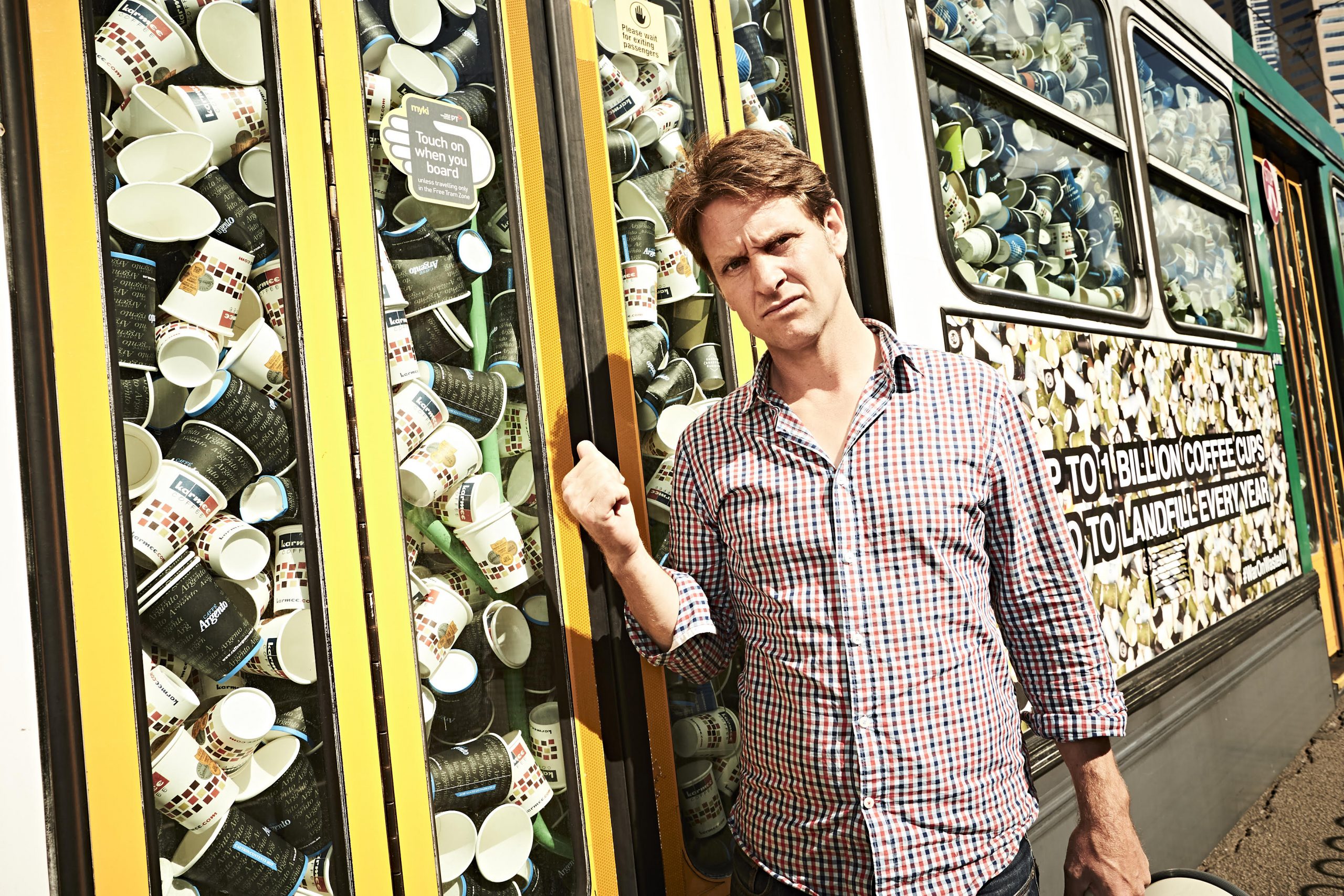 Three years ago almost to the day, the lid was lifted off coffee cups and the Australian public understood what was really inside. Shock and dismay followed, as the 1 billion or so single use cups used annually were revealed to be lined with plastic and not being recycled, despite our efforts to put them in the recycling bin. The myth was busted by the War on Waste TV series, which made the point by packing a Melbourne tram to the brim, not with people, but with 50,000 cups – the amount going to landfill every 30 minutes.

Combined with an integrated impact campaign to help embed change (a first for the ABC), the series partnered with the good folks at Responsible Cafes, who went from 420 member cafes before the coffee cup episode to 1,050 cafes by the end of the week of broadcast, then on to a caffeine-fuelled, astonishing 5,000 cafes.

A cultural revolution was in play, expressed with dazzling variety; BYO cup sales rocketing, cup sharing schemes launching, mug libraries appearing, a public artwork from 1,600 salvaged lids by trashion-ista extraordinaire Marina Debris, even a presentation to the CEO of Qantas on ditching single use cups by kids at a daycare centre for their staff – all part of the groundswell of action to reduce single use.

Many things combined to make this change happen, and at the heart of it all is the symbolism of the BYO cup. From the cafe counter onwards, our freshly filled BYO cups are held out in front of us proudly hovering, a beacon of our membership of a movement. We are in, we choose to reuse, we cup shame others not in (in our thoughts anyway), we didn’t need the T-shirt, we have the cup. Best of all, BYO cups are an easy victory on our way towards many more positive environmental actions; an every day win powering us forward. 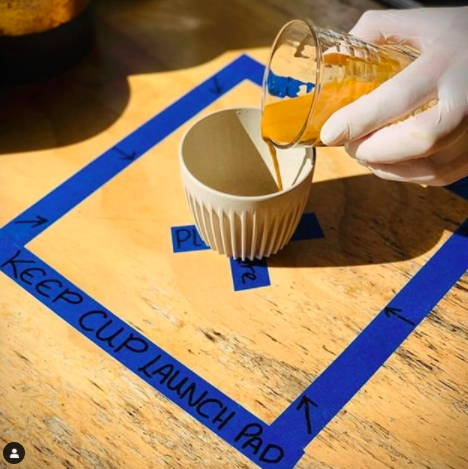 But all is not lost. The good folks at Responsible Cafes love a challenge and are now myth busting the risk of BYO cups whilst helping you and your local cafe take smart, positive actions to do the right thing. On the risk of BYO cups, the news is there is no known legislation that says a cafe can’t accept a reusable container and for good reason, as those in the know such as the Victoria Government are advocating -“There is currently no evidence to suggest there is any benefit in switching to disposables (single use)”.

So with that out of the way, Responsible Cafes have a tweak to the system to serve your coffee with corona-proof confidence, with the brilliantly simple contactless pour. Yes, it’s an easy thing to have your morning fix from the cafe you love, in your BYO cup, without a finger on the cup other than your own.

There are several contactless pour (or perhaps it should be pawless contact) options, but my preferred is placing my cup on the counter and having the barista pour the shot and milk in right where I have placed it, it’s that simple.

Cafes are even marking out contactless pour drop zones, so there’s no doubt where to place your cup. Cafes offering the contactless pour are now on the Responsible Cafes’ site, so see if your local cafe is on board. There’s also a Cafes, Covid and Cups mini guide to download and have with you when you next speak to your favourite café.

However, if this is a step too far at this stage, you can go topless. Which in this instance is ensuring that each time you order, you ask that the single use cup doesn’t have a pesky plastic lid on.

The disposable packaging frontline is rapidly shifting. With cafes and restaurants increasingly relying on take-away business, online shopping experiencing explosive growth, supermarket home deliveries reverting back to plastic bags and more, the trend is in the wrong direction. We need to and can reverse the trend if we challenge ourselves, challenge businesses, challenge our communities and challenge government to make the change, cafe by cafe, purchase by purchase and of course cup by cup.

Andy Marks is an agent of positive change. We first met Andy when he set up the new impact role for the ABC and War on Waste. Since then he has been one of Responsible Cafes trusted advisors and ambassadors and we are so lucky to have him as part of our team. In this blog post he explores the journey we have been on since the hit series and why we should all continue fighting to reduce single use. His takes a short black with half a sugar when you’re ready.

Thanks to the amazing Catfish Creative for the great contactless pour infographics. 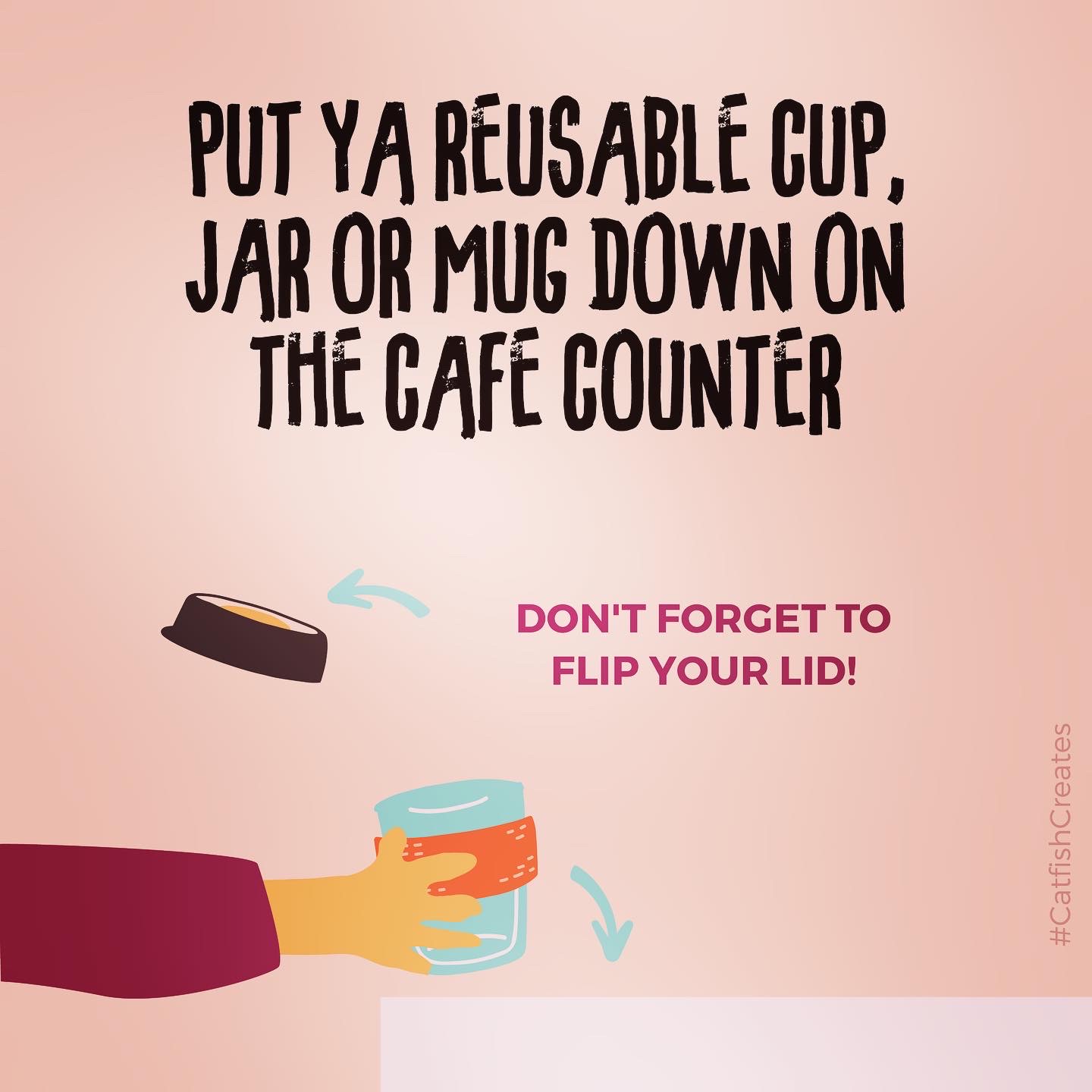 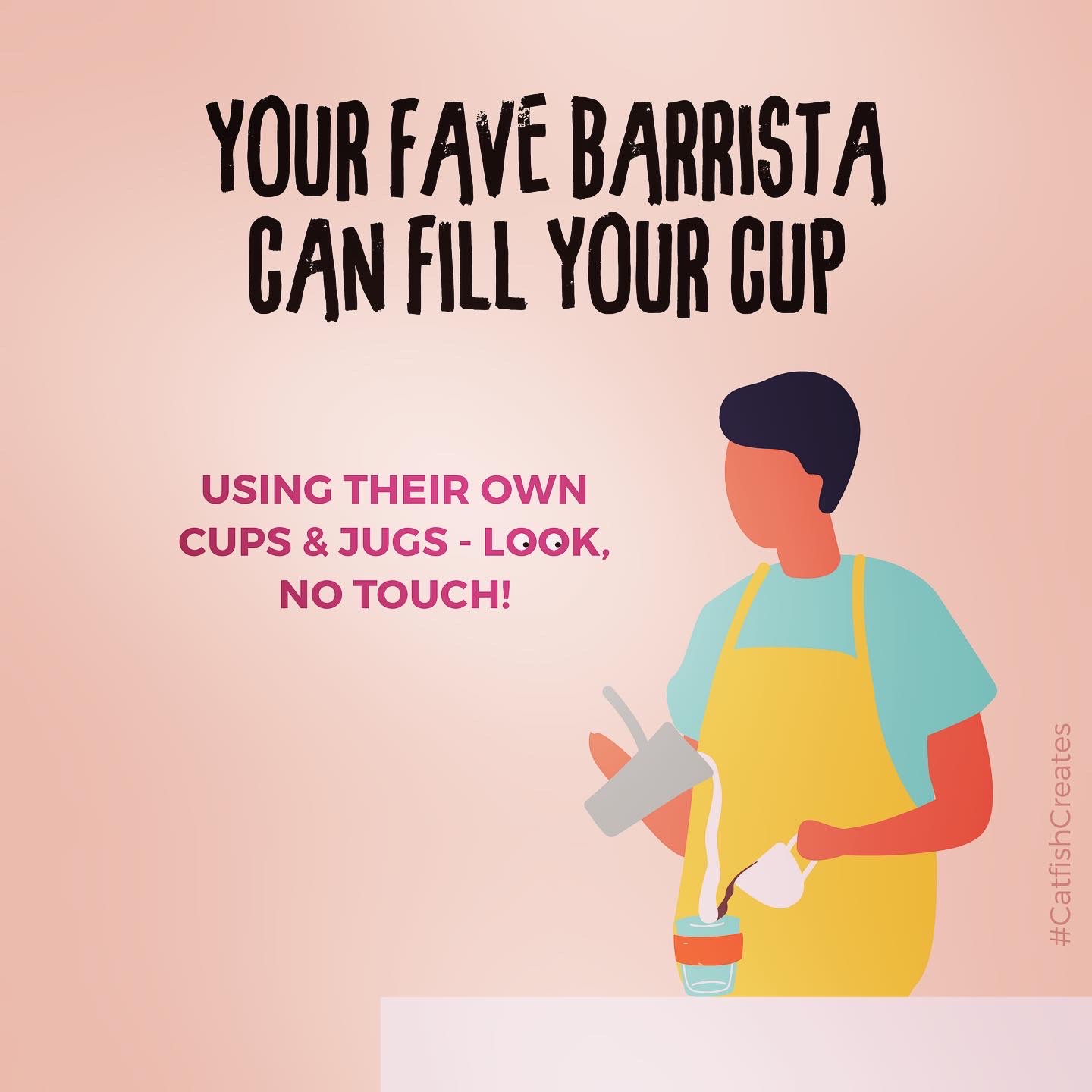 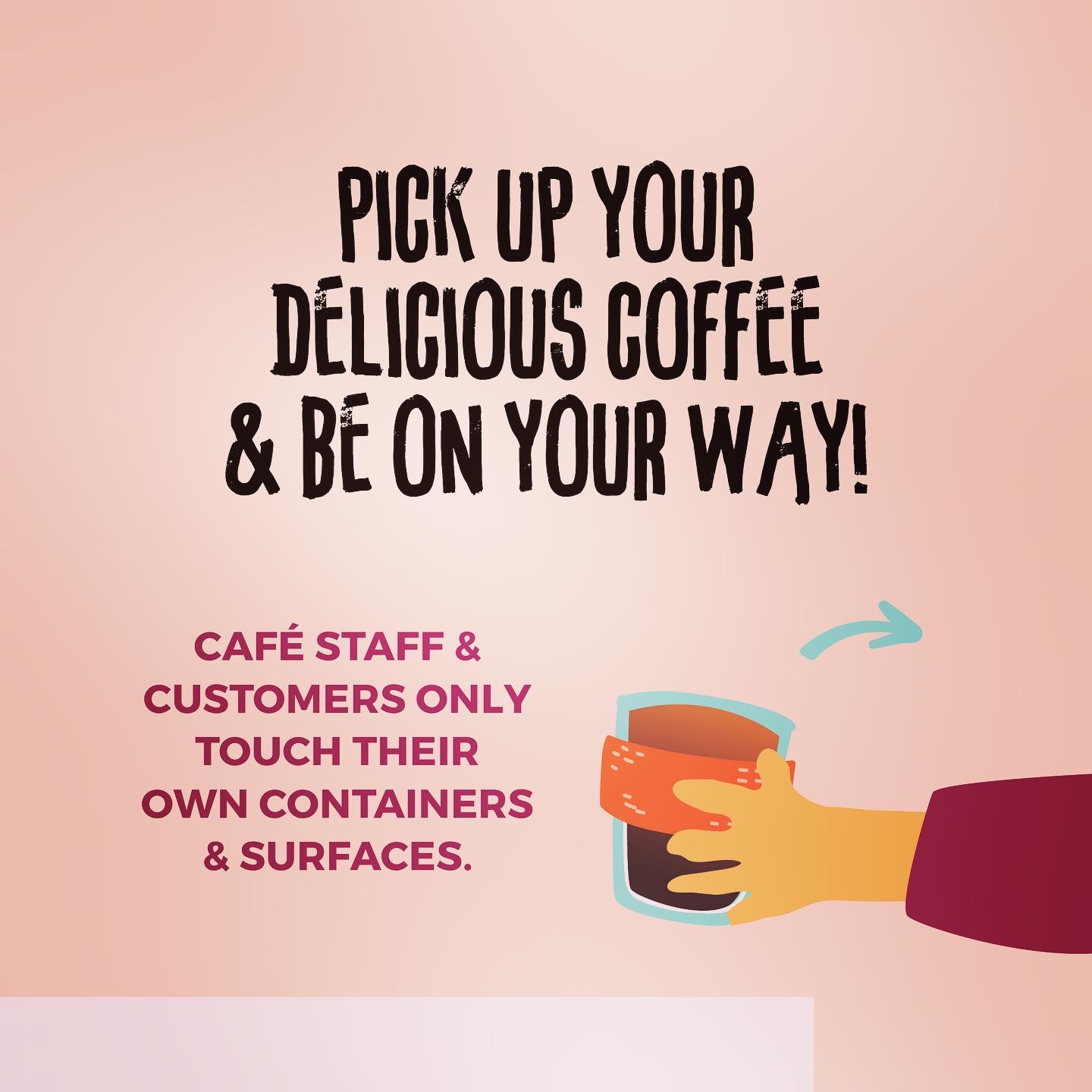 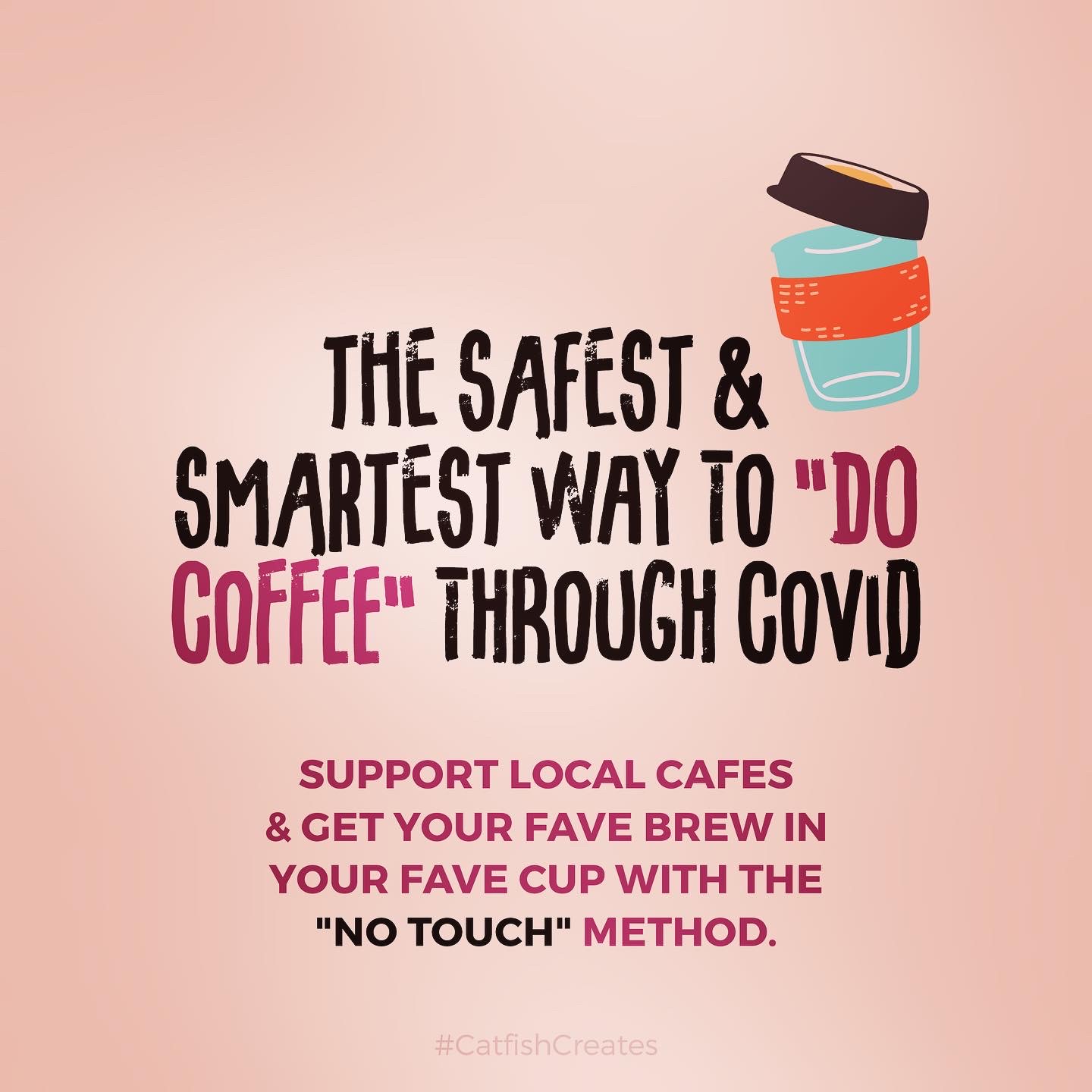